3 Reasons Whistler Is a Great Place to Live 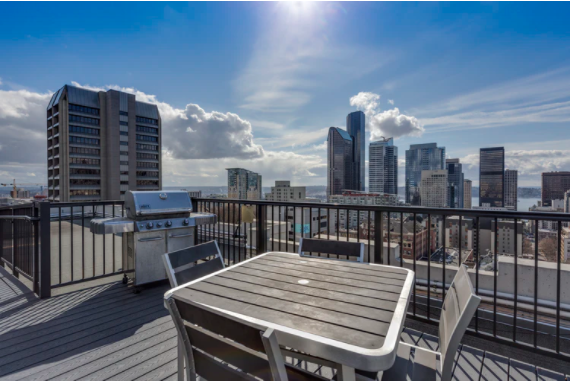 Want to know a little secret about tourist towns? Tourists aren’t the only ones who go there. Yep, believe it or not, people actually live in these places 365 days a year. Think about that the next time you’re stuck at home, fantasizing about your next ski trip to Whistler, Canada?

Better yet, why not consider making your next ski trip a moving trip. Seriously, if by the time you’re done reading this blog you’re not looking up real estate for sale in Whistler, then I’m stumped. I can’t imagine a better place to live, and I don’t really want to.

Snow is one of those things that feels like magic when you’re a kid, but it loses its charm as you get older. Instead of getting the day off from school, you’re stuck shoveling your car out of the driveway. Want to rediscover the wonders of winter? Whistler is the place to do it. There’s a reason that the 2010 Winter Olympics were held here, after all.

With an average summit snowfall of 11.9 meters every year and nearly 5000 acres of skiable terrain, is it any surprise that Whistler brings in around three million tourists every single year? The difference between vacationing in Whistler and living there? You don’t just get to enjoy the slopes for a week or two. You get to enjoy them all winter, every winter.

Although Whistler is best known as a seasonal vacation destination, there’s a whole second side of Whistler that the tourists never get to see. During the off-season, Whistler residents are not only able to enjoy all the same slopes, attractions, restaurants, and spas with less hassle and for much lower prices, but they also get to experience things that those who only know Whistler in wintertime don’t.

For instance, when the mountains are covered in snow and the lakes are frozen with ice, it’s easy to miss out on Whistler’s rich hiking, biking, camping, fishing, and rafting opportunities. Or how about our world-class golf courses? Or the longest zipline in North America? Or the jaw-dropping sight of a forest full of colorfully painted abandoned train cars? Whistler is full of hidden gems.

If you don’t live in Whistler, you might be wondering which is actually better: the on-season or the off-season. The truth? Neither! Or maybe both! In reality, Whistler is a great place to live year round, with some of the area’s best offerings being the yearly events that happen both inside and outside the wintertime.

For instance, each summer sees the return of Crankworx, an internationally renowned mountain-biking competition. Early autumn brings with it the annual Whistler Village Beer Festival, while late autumn heralds the sumptuous Cornucopia Whistler festival, an 11-day celebration of culinary delights. Winter showcases plenty of snowy sports, but also superior cinema via the Whistler Film Festival. And that’s just the beginning. Whatever your interest, what time of year it is, Whistler has something for you.

Offering something as considerable as a home may sound like something that is much easier said than done, let alone marketing it rapidly. However,...
Read more
Real Estate

There were over 5 million homes sold in 2020. During the housing boom in 2021, this number likely rose to even higher levels. Now you're ready to...
Read more
Real Estate

How to Choose the Best SC Homes for Sale