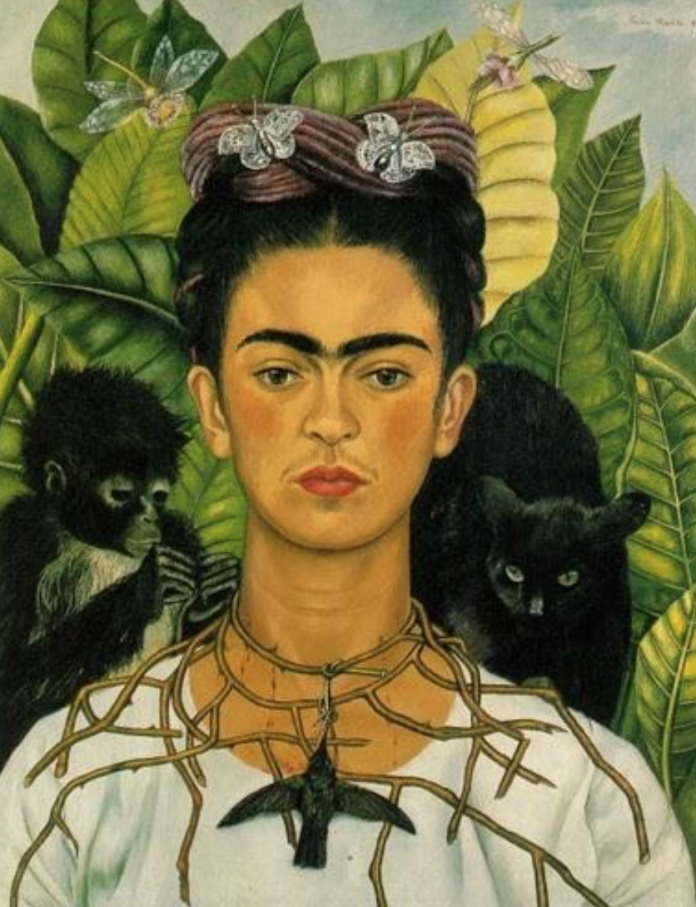 The ever-evolving field of creativity demands unmatched dedication and motivation to be able to innovate.  After all, creativity is that ray of hope that shines and delights all of us. From the likes of the prolific artist of Leonardo di Vinci to the mind-boggling Jackson Pollock, we marvel at any artist who introduces an unusual idea to the world.

However, the creative process can get quite demanding and exhausting. And nothing is better than hearing a few words of motivation that has got the power to uplift us. Well, what better to start (finish!) your day with quotes from famous artists that will surely reignite your passion. We’ve rounded up 5 such taglines from famous artists to rekindle your artistic spirit and end your creative block.

“I never paint dreams or nightmares. I paint my own reality.” ~ Frida Kahlo

Frida Kahlo is one of the most respected women artists who has been kept in high regard for her surreal, and dreamlike paintings. Frida was inclined to painting, but that changed in the latter part of her life. But, life truly had some other plans. Throughout her life, Frida had suffered, first from polio, and then when she met with a bus accident at the age of 18. The bus accident led to numerous injuries that left her bedridden and stuck to a hospital for a long time. That’s when she started to paint again.

Frida’s art was a reflection of her suffering and loss as she illustrated some hard-balled truths through her paintings. Unlike the other painters like Jan Van Eyck of her time, her paintings had a strange catharsis attached to it that illustrated the eternal sorrow and physical trauma she had to undergo.

“Despite everything, I shall rise again: I will take up my pencil, which I have forsaken in my great discouragement, and I will go on with my drawing.” Vincent Van Gogh

Vincent Van Gogh is one of the most influential Dutch post-impressionist painters who is better known as a misunderstood genius. From landscapes to still-life, in just a decade, Van Gogh was able to create over 2100 paintings. He changed a couple of jobs, before picking up a painting. As he moved to Paris, he met the Avant-Garde artist Paul Gaughin and that did change his artworks. This quote from the legend himself talks about how toiling hard can help you eventually surpass failures.

Even though he was a great artist, he was never commercially successful, but he still went on. He did suffer from psychotic episodes, which only got worse when his friendship with Paul Gaughin suffered a huge blow. In one such unfortunate episode, he had severed his left ear.

Van Gogh then went to spend some time at a rehabilitation center to take care of his deteriorating mental health. But, the amount of work he had done in the last 2 years surpasses his early days before he killed himself.

“Painting is just another way of keeping a diary”~ Pablo Picasso

Picasso is another legendary artist whose contribution to modern art is immense. From being the co-founder of the Cubist movement to co-inventing collage, he had shaped the era. An exceptionally prolific artist of his time, Piccasso achieved fame for all his radical artistic achievements. From early on, he had an interest in the different subject matter that made him such a huge success.

Plus, his versatility with different mediums got him to showcase his thoughts through his artworks. This quote from him demonstrates how in an artist’s life, paintings are a way to record and illustrate their own thought process through art. Not only is this relevant for artists today, but it is relevant for every creator who is toiling hard to get out of the block and churn that creative juice.

“No longer would interiors, people who read, and women who knit, be painted. There should be living people who breathe and feel, suffer, and love.” ~ Edvard Munch

Art is also meant to open up avenues of discussion on mental health, pain, and various other aspects of human nature. However, until one point, art was only focused to showcase landscape, still life, and portraits. But, it changed with Edvard Munch’s ‘Scream’ that is considered the poster painting to depict modern sufferings.

For a major part of his childhood, he suffered and grew up with the dread of inheriting a mental condition. However, after completing his studies, he started leading a bohemian life. That’s when he came in contact with Hans Jæger, who urged him to illustrate his own emotional and mental state that eventually gave him his distinctive style.

Soon, Munch started to illustrate deep-felt emotions like anxiety, jealousy, betrayal, etc. through his paintings. He described that Scream was conceived when he was out for a walk and he heard the scream of nature. However, his mental health was always a little shaky even after he garnered fame and wealth.

“A true artist is not one who is inspired, but one who inspires others.” ~ Salvador Dali

Salvador Dalí is another famous artist in art history who can be easily remembered for his iconic mustache. Dali who called himself a megalomaniac broke all artistic conventions of that era and created a new artistic language.  He joined the surrealists after he was expelled for arranging a student protest against a professor and continued to forge through with his ideas.

His unique brand of surrealism had a combination of avant-garde subject matter along with an academic style that eventually helped him to stand out. And his work was sure to inspire many and eventually laid the groundwork for generations of artists to come.

These 5 artists were legendary in their own era and their quotes are truly inspiring for anyone who is going through a tough patch. Besides, you can add more to this inspiring story by getting a reproduced print from one of these artists, get it here https://www.1st-art-gallery.com.

Residing in Australia is not an easy task one point that is very much required for the locals of Brisbane is to contact with...
Read more
Home Improvement

Since the real estate market changes now and then, it is not a bad thing to invest in your house and increase its value....
Read more
Home Improvement