9 of the Most Stylish Silver-Screen Villains Ever 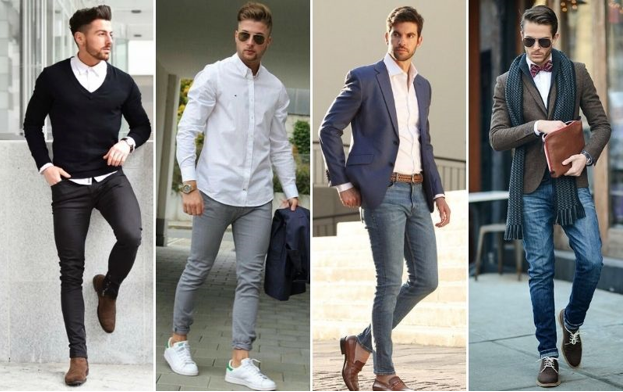 Back in the day, traditionally, villains and evil characters were supposed to be ugly and unfashionable. It was a standard concept everyone was aware of. However, in some classics, the villain characters on the silver screen made their audiences drool over their fashion sense and iconic performances. Wearing men’s khakis, trendy suits, and a smirk, everyone had a hard time hating these villains.

9 Of the Most Stylish Villains on Silver Screen

Out of the many different fashionable villain characters, these are nine that most people are familiar with. This list might just be nostalgic for some.

If there is one character who looked nothing like a standard villain, it was Ilya. His wardrobe was possibly the reason why he could get away with all his evil plans! The man wore brown jackets with turtlenecks, tailored suits, and neat collared office shirts. Pair all that with bold sunglasses, blow-dried hair, and striking good looks, and no one would ever see it coming even if he had a gun in his hand. It’s a look that you should consider trying.

Everyone knew Calvin was supposed to be on this list. There is a reason why his memes still revolve around on the internet: he looks classy! His hair curled into perfection, his suits featuring unique colors, and his oddly-yet-attractively styled tie turned him into an iconic villain on the silver screen. He was and will always be a crowd-favorite for his wardrobe selection. For his racism and white supremacy, however, not so much.

#3. The Penguin from Batman

Everyone has grown up looking at the penguin and knowing that he was a bad guy. It was pretty apparent from the music that surrounded his entrance and the facial expressions he made. However, from a fashionista’s point of view, he was not half bad. Take a look at the perfection of his wardrobe: the classic black hat, a perfectly tailored overcoat, and a bowtie that makes a statement. As it turns out, you don’t really need to have good looks and happy smiles to be a fashion icon.

#4. Joey Donner from 10 Things I Hate About You

Donna’s look in this movie was a classic. Even though his arms were a little too muscular for a 16-year-old and his mind a little too evil, it was still hard to hate this guy. With his good looks and fantastic dressing sense, he was ready to steal anybody’s girlfriend. It is safe to say that he is a style icon for the youth.

If there was one person who was rocking baby curls even in 1996, it was Tybalt. The way he carried his velvet headwear, black cloak, and heavy jewelry, no one could have done it better. A bullet-proof vest, black overcoat, and high-waisted trousers turned him into a perfect character. Regarding his relationship with Romeo, though, one can say otherwise!

Bishop’s oversized denim jackets, sharp fades, and block-color hoodies totally took away the attention from the fact that he was getting involved in serious crimes. He might be evil in the head, but his fashion sense never lacked perfection.

With pastel suits and collared shirts, Tony was one of the best-dressed villains in the 1980s. His casual streetwear and formal outfits, everything was tailored to perfection, which is probably why even with a giant rifle in his hand, he managed to look like a gentleman. People to this day are inspired by the character and some still want to dress like him.

These characters were not technically evil as per their character description. However, they were indeed a bunch of nightmares dressing like daydreams. Despite the lack of common decency, their streetwear definitely got them an A every time. To this day, their incredible fashion choices remain popular on the internet and in their audience’s minds.

Patrick’s power dressing and unique fashion sense were what made him a classic in this movie. It was just too hard to focus on his evilness when he dressed up in a navy blue suit with a brown tie and a striped collar shirt. It is definitely a killer combination which you should try.

Everyone has grown up looking at villains dressed in filthy robes and have a daunting sense of fashion. However, some particular villains won their viewers’ hearts despite their lack of humanity and cruel intentions. The above-mentioned nine characters are some of the most stylish villains ever on the silver screen that most people still remember and will always continue to.