Home Technology How Competitive Is The Graphic Design Industry?
Technology

How Competitive Is The Graphic Design Industry? 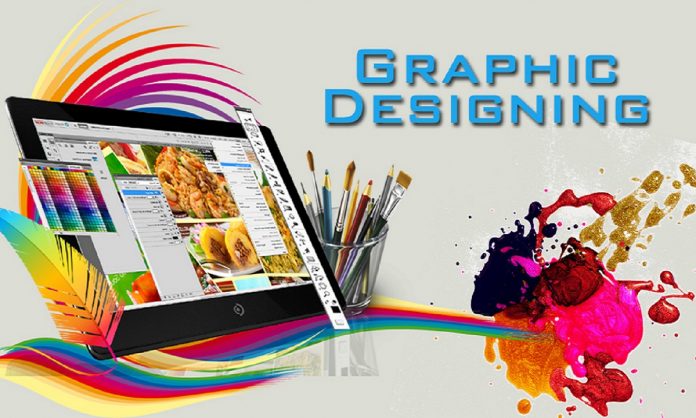 To begin with, graphic designing as an industry has flourished immensely over the past decades, and the two key factors which have widely affected its future as an industry are the printing press and the computer. The role that the printing press has played has got more to do with making the already existing format more widely accessible. With the coming of the press, the various forms of graphic designs got a new medium to be viewed and published, which in turn increased its popularity. Thus the ideas of graphic design became more and more popular with the masses. Especially with the establishment of the Gutenberg printing press in 1584, which gave designing a whole new dimension.

In more technical terms it is the common use of different textures, colors, light balance and contrast with the addition of various other technical aspects which are put into use to create a picturesque visual treat. With the oncoming of the computer era, more and more companies found it essential to have a visually attractive market presence i.e. advance advertisement and marketing strategies and also the need to have colorful dimensional logos gave the graphic designing industry a great boost.

Today, every industry that exists takes help from the products of graphic designing. Making 3 dimensional models of houses and buildings gives an extra edge to the field of architecture. The media and film making industries have advanced into the world of animation which has enhanced the use of graphics with various film makers and media personnel. Therefore apart from being an industry in itself, graphic designing also exists as an integral part of other mainstream industries.

Graphic design career paths end up covering all areas of the creative spectrum and more often than not they tend to overlap. The chief responsibility of someone who is a Graphic Designer is arranging of various different visual elements in some particular kind of media. Someone who has taken up the field of graphic designing can have various positions and posts once he or she accomplishes certain credible levels and gains expertise and experience.

He or she could be a graphic designer, be called an art or creative director, or can also be known or working as an entry level production artist. The responsibilities and the working style as well as the positions tend to have various different titles like DTP Associate or they can also be called a Graphic Artist, according to what particular area in the graphic designing field you are working for. However, in spite of difference in titles and positioning, the basic graphic design principles and working properties happen to remain the same.

The future of the graphic design company is definitely a bright one. Some 2 decades ago, educational institutions did not even list it as a possible career option. In fact it was not evolved enough at the time to be called a career option itself. Over the years the industry has grown and developed by leaps and bounds. It has now become an important and a large part of the creative industry which in itself is incidentally now the second largest in the UK after finance.

Graphic design companies are hired to create visual ideas for businesses to use when marketing their products and services to customers. Your new graphic design company will develop logos, artwork, computer graphics and illustrations to make your customers stand out from their competitors. As you build your client base, you’ll encounter both large companies with the budget to frequently seek your services and low-budget smaller customers that come to you only on an occasional basis. Despite your design skills, starting a new graphic design business presents some challenges.

According to the Bureau of Labor Statistics, graphic design jobs are expected to increase by 13 percent between 2010 and 2020, but they will remain competitive because of the popularity of the position. This indicates there will be plenty of clients in the market for your services, but you will have to work hard to distinguish your company from the competition.

There are no government regulations regarding the graphic design field, so it can be difficult for clients to recognize the difference between a skilled graphic design professional and a person who is not skilled. As a talented graphic design professional, you may have a difficult time getting clients to pay fair fees for your services, as less talented individuals likely charge less for the same jobs. You must work to distinguish customers who want high-quality work from those who seek a cheap product.

If a company needs to make budget cuts, funding for graphic design and other marketing services is often the first to go. Many companies feel that other areas such as sales and information technology are vital to a company’s operational plan, while graphic design services are not a necessity. Your business will be directly affected if your customers cannot afford to hire you.

Some businesses will be hesitant to hire your graphic design company to perform visual services for them because they believe that purchasing packaged design software is equivalent to hiring a skilled graphic designer. Although having an untrained professional create visuals for the company on this software does not result in the same quality of work that you can create, some companies either fail to recognize this or do not care. This will be an ongoing challenge for your business, as companies struggle to make ends meet in difficult economic times.

Social Network Advertising and Marketing, Fact as well as Lies

Social network Advertising seems to be the most recent neologism for anybody aiming to boost their online presence and sales but is Social Media...
Read more
Technology

Have you ever heard that Ytmp3 has been updating a lot of content? Ytmp3 began as a YouTube video downloader but eventually became a...
Read more
Technology

Why Zethcon.com is The Best Source for Warehouse Management Software?

Zethcon is the best source for the 3PL WMS system. You can manage your warehouse more effectively with the aid of our warehouse management...
Read more