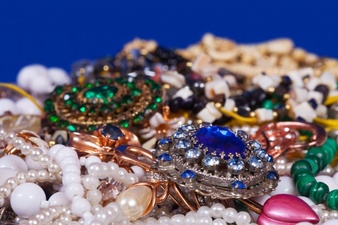 The history, meanings and mystique behind ruby jewelry is definitely fascinating. Used by various societies over the centuries, disputed by monarchs and even with magical attributions, the ruby fascinates generations over the years. By the Greeks, they were translated as sacred objects. They believed it provided protection.

For us, it is a very rare stone that refers to passion and the romantic. It is a bright red colored gem, it must have very interesting features to be considered authentic rubies.

In today’s text, we’ll explore the amazing world of ruby jewelry. Thus, it is possible to better understand the fascination of humanity for these beautiful stones. Good reading!

The Queen of Stones: A Brief History

At least 2500 years ago, in the Sri Lanka region, the first extractions of what would become one of the most coveted stones in history began. From eastern emperors to Queen Elizabeth II’s own wedding crown, nobles and aristocrats have always been impressed by its beauty and intensity of red.

Its mystical meaning permeates different cultures and times. It is quoted a few times in the Bible, and for Hindus good ruby offerings to Krishna yield a comfortable reincarnation. Ruby jewels were also worn by warriors in the Burma region to be victorious in battle. It was believed to have an inner flame that maintained its intense red glow.

Currently, it is extracted in the United States, Brazil, some countries in Africa and Oceania. The most traditional producers, however, continue to be Sri Lanka and surroundings such as Myanmar and Thailand.

The July Stone: Perfect for Gifts and Special Occasions

Inclusions form unique patterns within the gems . Some examples are the rare star ruby, with inclusions forming a six-pointed star design, and the silk, so named for the silky appearance of the stone.

In 1912, it was made official as the stone of the month of July. It carries a romantic air of a very sensual red tone and is perfect for giving and surprising.

It is the cornerstone of the graduation ring of many courses, such as Law and Journalism. Represents determined and passionate people.

For engagement rings, it proves versatile because it matches perfectly with white , yellow and rosé gold . Some contemporary designs feature delicacy and smooth lines, to please the most unpretentious ladies , combining ruby with smaller diamonds , for example.

It is also used in earrings , necklaces and designed with pink sapphires and clear gemstones. The intention is always to highlight the presence of the ruby, even if it is not a large carat.

Hindus believed that this stone could bring healing powers and harmony to its owner’s home. Their eastern neighbors, the Chinese, used the ruby to indicate who held the high and privileged position of mandarin.

Ruby jewelry has had a higher value than diamond jewelry. In some periods, such as in the medieval era, it may have been worth 8 times as much. Conquerors traded surrender in exchange for this mysterious scarlet stone.

Did you see how important it is to work with ruby jewelry? They are incredibly beautiful pieces, diversified and with great acceptance by the public .